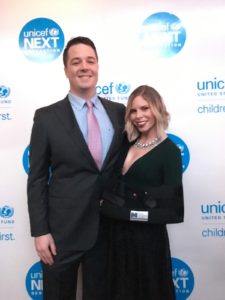 Alex Howell, a 28-year-old sixth grade science teacher, has been passionate about soccer since she was eight years old. She played both soccer and softball, however she dedicated most of her time to soccer, and even earned a scholarship at Illinois State University, where she was a four year starter, and where her team made an appearance at the NCAA tournament twice. During a game her sophomore year of college, she dislocated her shoulder from a ball striking her shoulder from a goalie’s punt. “One of my strongest attributes as a player was my ability to throw a ball in from the sideline up to 30 yards. But after my injury, I was never able to regain this type of ability and advantage back.”

After she was evaluated, she was nervous to receive further care because she did not want to lose playing time or her starting position, so she went through a few weeks of rehab; however, her mobility, strength and stability was never the same. Once she graduated, she went five years with multiple painful dislocations. “During that five year time period, I probably dislocated it ten or more times from very simple activities… laying on my stomach and propping myself up, in my sleep, changing my clothes, and yawning… yes, yawning.” Over the years, she either had to put her shoulder back in place herself, or get someone to help her.

The last dislocation occurred while she was teaching, which prompted her to go to the emergency room when she could not pop her shoulder back in. “I had to be sent to the hospital in an ambulance and my principal had to ride along with me. It was very embarrassing, costly, and painful. That was the last straw that led me to pursue surgery.”

Alex had a left shoulder arthroscopy, capsulorrhaphy, and a labral repair. After surgery, she went to physical therapy one-three times per week for seven months, and it took her about ten months to feel fully recovered with full mobility. Although the road to recovery was longer than expected, she is very pleased with the results.

“I no longer live in fear of my shoulder popping out again. I am able to do all my lifting exercises I was too worried to do for the last five years. I absolutely can do all of my previous activities since surgery.” One of the best things about the new stability and strength in her arm is that she can now pick up golfing again. “I feel so much more confident about the stability and feel so happy and thankful that I went through the process with an amazing medical team, and physical therapist.”