While FSHD affects several muscle groups, it almost always causes difficulty in raising arms. For some individuals, scapulothoracic stabilization surgery is an option.

Facioscapulohumeral Muscular Dystrophy (FSHD) is a rare genetic muscle disorder that causes weakness, atrophy, and degeneration of muscles over time. It is the third most common form of muscular dystrophy that affects both adults and children. FSHD gets its name from the muscles that are affected by the disorder: the face (“facio”), the shoulder blades (“scapulo”), and the upper arms (“humeral”). This condition is incredibly rare, as only 1 in approximately 8,000 people are affected according to current estimates. However, older estimates were closer to 1 in 20,000, meaning that the disease is actually more common than was once thought.

“Symptoms of FSHD usually develop during the teenage years, and patients are typically diagnosed at this time.”

Facial weakness. Individuals with FSHD often have difficulty smiling and whistling, as the affected facial muscles are unable to pull the mouth into the correct shape.

Shoulder and upper arm weakness. FSHD commonly affects the muscles around the scapula (shoulder blade), namely, the serratus anterior. This muscle normally connects your ribs to the underside of your scapula and helps with raising your arm above your head. When the arm is raised, the serratus anterior muscle normally pulls the scapula flat against the back of the chest wall. FSHD weakens this muscle so that instead of lying flat, the scapula juts out of the back like an angel’s wing, which prevents the arm from raising fully. This classic symptom of FSHD is called “scapular winging.” The weakness of the shoulder and upper arm muscles is often asymmetrical, affecting both sides differently, or one side only. This weakness makes it difficult to lift heavy weight or perform overhead activities.

Spine and lower body weakness. Less commonly, patients may also experience weakness in their spine as well as their abdominal, hip, and leg muscles. These symptoms are often noted later in life.

Other symptoms. In some cases, FSHD is linked to other issues, including mild hearing loss and affect cardiac and respiratory function.

Recent research shows that 70 to 90% of patients with FSHD inherit the genetic abnormality from their parents, and 10 to 30% of patients develop FSHD from a new mutation. If a person is affected by FSHD, there is a 50% chance that they will pass it on to their children.

Symptoms of FSHD usually develop during the teenage years, and patients are typically diagnosed at this time. The most common test for FSHD today is a genetic test that searches for a small missing section of DNA on chromosome 4. Other tests performed include a creatine kinase level, a muscle biopsy, and an electromyogram.

As of today, there are relatively few treatment options for FSHD, and there is no treatment that can completely stop or reverse its effects. However, there is a procedure that many patients from FSHD can benefit from: scapulothoracic stabilization surgery. This procedure permanently attaches the scapula to the back of the ribs at the level of the chest. This acts as an anchor when the arm is elevated, preventing the scapula from winging out.

FSHD causes the scapula to be unstable. As a result, other surrounding muscles and tendons, like the rotator cuff and deltoid, can’t function properly, even if there isn’t anything wrong with them. The instability can be compared to standing on solid ground and picking up a heavy object—your body braces itself and is able to lift it. Having FSHD is like picking up the same object while standing on a skateboard. Because it’s missing a stable foundation, the entire body is now focused on stabilizing the shoulder, and the muscles can’t do their job properly. Stabilizing the shoulder blade helps the rest of the body’s muscles work together optimally.

Scapulothoracic stabilization surgery stabilizes the scapula, improving the overall function of the arm. However, this also prevents the shoulder blade from rotating normally and may actually decrease the arm’s range of motion. The surgery is a trade-off between gaining strength but possibly losing some flexibility. If a patient is only experiencing mild scapular winging and is used to living with their symptoms, this surgery is unlikely to improve their overall function. Whereas for patients with severe scapular winging and lack of overhead strength, the surgery could significantly improve their everyday activities. Each patient has to weigh the benefits they would gain from the surgery and decide with their doctor if it would be worthwhile. This procedure is extremely rare and very few doctors around the world perform it. Dr. Romeo started in 1994 and has since performed this surgery over 120 times.

“The surgery is a trade-off between gaining strength but possibly losing some flexibility.”

How Scapulothoracic Stabilization Surgery is Performed

After the patient is given general anesthesia, they are positioned facedown with their arms abducted and externally rotated. The surgical team then ensures that the pressure points are padded, that the patient has a spine support frame, and that compression stockings are applied to their legs.

Next, a bone graft is taken from the ipsilateral iliac crest—the bony ridge on the back of the hip on the same side as the shoulder that’s being operated on.

A five-hole plate is placed over the lower segment of the scapula and wires are passed through to attach the scapula to the ribs. The bone graft is then placed on top of ribs 3, 4, 5, and 6 and then compressed between the scapula and the ribs. Recently an alternative to wires has been developed called FiberTape Cerclage fixation. A special 2 mm thick tape is used, and when wrapped twice around the scapula and ribs, this tape is stronger than metal wire and can be tensioned much tighter.

After the incision is stitched up using a layered closure, it is secured with Steri-Strips so that no staples are needed. On top, a special dressing is applied so that patients don’t have to undergo multiple dressing changes.

Following surgery, patients normally spend three days in the hospital, although some patients are able to leave after two. Patients are put in an immobilization brace to prevent gravity from pulling down on the arm and lowering the scapula as it recovers.

The arm will stay in the brace for six weeks. During this time patients are instructed not to remove the brace, even while sleeping. This is to prevent the body from moving in any way that could be a risk to the fusion. Dr. Romeo recommends sleeping in a recliner or using three pillows to remain at a 45° incline. Patients are only able to take the brace off when showering—being very careful to keep the wound as dry as possible.

While in the brace, most patients have no problem eating or using the washroom, as they can simply use their opposite arm to perform these activities. Many young patients can bounce back quickly and become fairly independent, even dressing themselves within five to seven days.

After six weeks, patients should meet with their doctor for an assessment, including x-rays, to decide if they can begin shoulder movement. With approval from their doctor, patients can begin physical therapy. Everything must be done very carefully at this point, as the bone graft is not completely fused yet. The initial rehab normally takes six to twelve weeks and starts with a supervised physical therapy program. Afterward, the patient will follow a home exercise program for six weeks and then move on to a strengthening program.

Dr. Romeo has a remarkable 100% fusion success rate for FSHD patients, which they normally reach six to eight weeks after surgery. At this point in their recovery, patients generally don’t require any pain medication.

Stabilizing the scapula to the chest wall will cause the patient to lose some range of motion of the shoulder, but this allows the arm to have better overall function. Patients aren’t able to reach quite as high as before, but they are able to lift things overhead. Reported shoulder motion results include:

Between three to four months after surgery, patients are able to perform their everyday activities without difficulty. By six months, most patients can participate in sports, although it may take nine to twelve months to get back to their previous level of activity. It’s important to be cautious and patient during these stages so as to not risk injury. This surgery essentially creates a new bone with the scapula and ribs, which will need to be gradually strengthened so that it can handle increased use. Patients should avoid activities that could cause a collision with another person or surface.

At nine to twelve months, patients have reported being able to resume activities such as yard work, golf, housework, light carpentry, childcare, and other similar activities.

What is the average cost of surgery?

There is no average cost, however, the surgery is very expensive when not covered by health insurance. Dr. Romeo does his best to work with his patients and make sure that the surgery is covered.

Who is the ideal candidate for surgery?

The average age range of patients undergoing this procedure is 17 to 25 years old. Dr. Romeo’s oldest patients who underwent this surgery were in their 50’s. This surgery can be much harder on older patients, as the recovery process is longer and more complicated. If a patient has pulmonary (lung) problems, this surgery likely won’t be an option for them. When ribs are fused, their ability to expand is limited, and the amount of air that can come into the lungs is restricted. This surgery can therefore make pre-existing lung conditions worse.

Is this surgery safe?

Yes. This is a very safe operation, with less than 5% of patients experiencing major complications.

How soon can I have the procedure done on the opposite shoulder?

It is recommended that patients wait a minimum of three months before the procedure is done on the other side. This allows the body enough time to heal and for patients to regain normal breathing levels.

For more information about the role of surgery in the management of FSHD, please request an appointment with experienced Chicago orthopaedic surgeon, Dr. Anthony Romeo. Call or email our office today to schedule your visit 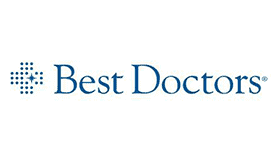