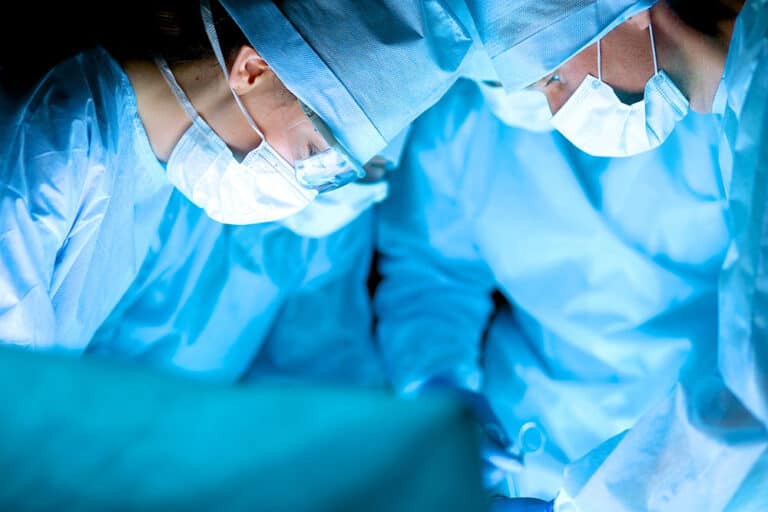 In 1954, French surgeon Dr. Michel Latarjet published an exciting new surgical technique to treat unstable shoulders. Although it took a while for American surgeons to embrace this technique, it is widely accepted around the world as the most effective technique for treating anterior (front) instability of the shoulder with loss of some of the bone of the socket (glenoid), and for high performance athletes that participate in sports with frequent violent collisions, such as rugby.  And it’s no wonder why—the Latarjet technique has excellent results and a low failure rate compared to other shoulder instability surgeries. Let’s take a closer look at this fascinating technique and see who benefits most from this procedure.

When is Latarjet surgery needed?

In order to fully grasp how the Latarjet stabilization surgery works, patients must first need to understand why shoulders can become unstable. The shoulder is a ball-and-socket joint made up of three bones: the humerus (arm bone), scapula (shoulder blade), and clavicle (collarbone). Muscles and tendons surrounding the shoulder give it stability and support.  The socket of the joint, known as the glenoid, covers only ⅓ of the area of the “ball” of the shoulder joint, which is the humeral head.  This arrangement would be very unstable if there was not a complex and well-balanced group of muscles and tendons, known as the rotator cuff, holding the ball in the center of the socket. Because of these amazing structures, the shoulder is able to rotate in a greater range of motion than any other joint in the body.

While the shoulder is the most mobile joint in the body, it is also the least stable and prone to dislocation, which is a complete separation of the ball from the socket. Shoulder instability happens when the ligaments, bones and muscles do not keep the ball centered in the socket. Because the socket is relatively small compared to the ball, a small amount of bone loss can lead to an inability for the muscles and tendons to stabilize the shoulder.  Instability of the shoulder can occur with sustaining a hard blow to the shoulder, falling on an outstretched arm, or with repetitive overhead activities such as throwing a baseball or hitting a volleyball.

You’re likely a prime candidate for Latarjet surgery if you’ve experienced either of the following scenarios:

Latarjet surgery is a highly successful form of treatment for patients who experience recurrent shoulder dislocations. With almost every dislocation, there is some bone loss in the glenoid. This bone loss leaves a patient at greater risk of a repeat dislocation if they don’t have surgery to deal with the bone loss. And, the most commonly used surgery in the United States, an arthroscopic repair of the torn soft tissues (more than 90% of all shoulder instability surgeries), does not work as well when the bone has been damaged.  With repeated dislocations, the shoulder becomes increasingly unstable. The Latarjet procedure is highly effective at preventing future dislocations by restoring the lost bone and increasing the security of the soft tissue repair at the same time.

Latarjet surgery is also an option for patients who aren’t happy with a previous shoulder surgery. For example some patients have had an earlier soft tissue shoulder surgery, such as the Bankart procedure. If they have recurrent shoulder dislocation after having such an arthroscopic shoulder surgery, they will likely have a much better chance at stabilizing their shoulder for all activities after the Latarjet procedure.

Therefore, Latarjet surgery is considered as an option for every patient who has shoulder instability that hasn’t improved with physical therapy, and is most likely to be recommended if the patient has already had unsuccessful shoulder stabilization surgeries, or is missing part of the bone in the front of the shoulder socket.

How does Latarjet surgery work?

Latarjet surgery, also known as a coracoid transfer, involves a bone graft and tendon transfer. During this procedure, Dr. Romeo makes a small incision on the front of your shoulder, then transfers a piece of bone from your shoulder blade to the front of your shoulder socket where your bone has worn away. This coracoid bone will restore the bone of your socket, preventing your shoulder from slipping when the arm is raised away from the body. Additionally, the small tendons that are attached to the transferred coracoid bone add extra stability to your shoulder joint, especially in positions that are most prone to recurrent dislocations, including when your arm is raised above the shoulder level.  The coracoid bone used for the procedure is very close to the socket, so moving this bone a short distance does not compromise any function of the shoulder.  After the small piece of bone is separated from the shoulder blade, the area is sealed with a special bone wax to minimize bleeding and heals with no further treatment.  All of the bone and the two small tendons that are transferred remain in your shoulder, just a short distance from their normal position, without any compromise in overall shoulder function.

Who can benefit from this surgery?

The people who benefit most from Latarjet surgery are typically those who participate in sports, especially collision sports like football or rugby, as well as those whose line of work makes them more susceptible to shoulder instability. Of these groups, we’ve denoted those that stand to gain the most benefit from this technique.

Anyone who relies on their shoulders for safety, security and life needs to have a treatment for their shoulder instability that has the highest likelihood to prevent their shoulder from giving out in the line of duty. These include:

Shoulder dislocations are a very common injury in collision and contact sports and sports, especially when they may involve falls onto an outstretched arm. Dr. Romeo often sees the benefit of Latarjet surgery for patients who participate in:

Although some people with shoulder instability may do well with arthroscopic techniques to repair only the soft tissues that are injured, there are many instances where the Latarjet surgical technique will provide a better, more reliable, and permanent result. Studies show that of all the patients who have a shoulder dislocation and then have a Latarjet procedure to fix it, less than 5% of them will experience another dislocation in the future over the next 5 years even if they continue their sport or work.  This is a significant improvement over repairing the soft tissue injury alone.  Remarkably, this success is seen even with patients who have had prior soft tissue repairs such as the arthroscopic bankart repair.

Please feel free to reach out to Dr. Romeo with any questions you may have about the Latarjet procedure and whether it’s right for you.