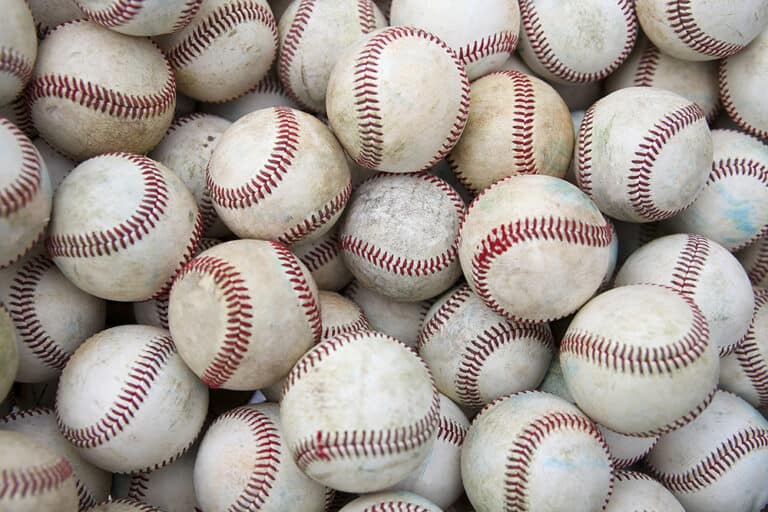 In recent years, weighted-baseball training programs have become increasingly popular as young pitchers try to increase their throwing velocity. While a standard baseball weighs 5 oz, weighted baseballs are often 20% heavier at 6 oz. Some weigh even more—up to a whopping 15 oz! Unfortunately, these baseballs have been associated with an increase in injury in young pitchers.

Since the pressure young pitchers face to maximize their pitching velocity is so high, they may be easily drawn in by training programs that promise results—but these are not always science-based and may actually do more harm than good. Youth pitchers need training programs that are safe, effective, and will maximize their career length potential.

This article will look at the benefits and risks associated with weighted baseballs, as well as early evidence that lighter baseballs may hold the key to increasing velocity without causing injuries.

The risks of training with weighted baseballs

Dr. Romeo’s clinical experience has been that younger players who participate in weighted-ball training programs have a tendency to overtrain and increase the incidence of elbow and shoulder injuries when compared to players who train with standard or lightweight baseballs. Pitching with weighted baseballs causes increased stress on the shoulder and elbow. Recent studies, such as this one, agree.

In another example, this 2018 study found that in a 6-week weighted-ball vs normal weight ball training camp, players who used the weighted ball had increased pitch velocity—but also increased risk of injury both immediately and in the season afterwards. Injuries included two olecranon stress fractures and two ulnar collateral ligament injuries. Importantly, the researchers note that this training routine was not as intense as some other training programs out there, with a lighter ball being used, lower throwing volume (total number of throws), and lower throwing frequency (number of throws per day).

The rise of prioritizing training programs focused on increased velocity such as weighted baseballs in youth training may be linked to an increased need for young players to undergo Tommy John surgery, with more 15- to 19-year-old patients having the surgery than any other age group according to a 2015 study co-authored by Dr. Romeo. This is a serious injury that threatens the future career of a promising young player. With young players already susceptible to injuries, it is imperative to have safe and well-vetted training programs.

Other injuries linked to training with weighted baseballs include:

An investigation into training with lighter baseballs

In 2020, Dr. Brandon Erickson, Dr. Romeo, and their colleagues published the study Training With Lighter Baseballs Increases Velocity Without Increasing the Injury Risk. Here’s how it worked:

Velocity improvement with a lighter ball can be likened to batters using a skinny stick instead of a bat to train their hand-eye coordination. When they return to a regular-sized bat, their brain has adjusted to making contact with the ball with a smaller stick so a bigger bat seems easier.

This concept is also used in other areas of training, such as speed training for runners. Running downhill allows the runner to increase the velocity of repetitive foot-strike thereby training the ability to move all segments of the kinetic chain faster, essentially providing the runner the experience of greater speed that can translate to greater velocity of movement when back on flat ground.

Lighter baseballs train the arm to move faster by allowing for higher elbow and shoulder angular velocities. Because a light ball offers less resistance, pitchers can throw faster, which directly trains velocity. When using a lighter ball, pitchers are able to focus on training arm movement speed. It seems that pitchers retain these neuromuscular learnings when returning to regular-weighted baseballs, leading to an increase in arm speed and ball velocity.

Which kind of baseball training is best for you?

The evidence is clear that weighted baseballs can be a source of increased risk of injury, so pitchers are wise to use them with caution. And if you choose to use them—don’t overdo it. Train within your limits and stop before your arm gets tired.

Training programs are not guaranteed and the risks may greatly outweigh the benefits. Although it can be tempting for athletes to do “whatever it takes” to increase their “velo” (velocity of throwing), and be at their peak performance, a career-ending injury from a weighted-baseball training routine is a very real possibility. Training programs are not a one-size-fits-all, and athletes should be wary of any program that promises increased velocity from weighted balls. On the other hand, lighter baseballs are a great evidence-based alternative that increases velocity through neuromuscular training with early studies suggesting there is not the same increase in the risk of injury.

One reputable resource for pitching safety information is Pitch Smart, a resource provided by Major League Baseball to help young players reduce arm injuries through safe pitching practices. Consider some of their guidelines, all taken directly from their “Maximize Performance” suggestions:

Additional guidelines can be found in this April 2021 study into the safety and efficacy of weighted baseballs. Parents and young athletes should carefully assess pitching programs that include weighted baseballs using the guidelines above. At the same time, they should consider the many possible advantages of lighter baseballs.

It’s important to start good training habits young. Please feel free to reach out to Dr. Romeo with any questions you may have about baseball injuries and how to prevent them.